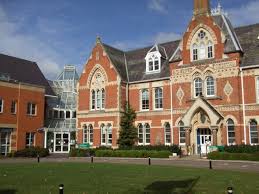 The Uttlesford Conservative Group have condemned the ResidentsForUttlesford (R4U) administration for their ill-thought out budget and flippant disregard to their responsibilities as key questions remained unanswered at the Council’s annual budget meeting last night.

The new R4U administration brought forward the budget, corporate plan and investment strategy at the same meeting at which councillors from across the political divide posed questions regarding a mysterious black hole in R4U’s budget and finding a way forward for the District’s Local Plan.

On the Local Plan, R4U Leader John Lodge seemed to be making decisions on his own without the consultation of residents and members of the Council, including his own party. He said that Garden Communities were off the table, that he had "instructed advisers to explore our options" and even suggested that the Plan had been withdrawn. Councillor Petrina Lees, R4U Housing lead, came up with a policy ‘on the hoof’ when challenged, that R4U would commit to building “50% more social housing than were built under the Conservatives”, but would not commit to explaining what she meant and how it would be delivered.

Lodge also asked Councillors to vote through the administration’s corporate plan, even though the detail of the plan would not be known to Councillors until late March. Whilst the opposition stood to question and vote this down, the motion was carried through with the support of Lodge’s R4U subordinates.

Moving to the investment strategy, R4U laid waste to their anti-investment stance as they advocated the previous Conservative administration’s approach to securing the Council’s future. They proposed and approved a blank cheque to invest over £300m of borrowed money in commercial property to fund public services.

Councillor Neil Hargreaves, R4U Finance lead, sparked serious concerns as he could not explain where £2m had gone from the budget – previously earmarked for the Dunmow Waste Depot – following the challenge from Conservative leader Councillor Susan Barker.

Council Tax has risen, too, as the new administration struggles to keep control of the Council’s finances. This has led to concerns as residents recall the reckless tax and spend policy adopted by the controlling group in their time controlling Saffron Walden Town Council.

Councillor Chris Criscione, Deputy Leader of the Conservatives at Uttlesford District Council, said: “This new administration is merely paying lip service to those they supposedly represent. They have said what they needed to say to get into power, but in reality they have no intention to consult, engage and work with residents to see Uttlesford prosper."

“Yesterday evening showed residents the true colours of this new administration, which now seems to either agree entirely with the approach previously taken by the Conservatives or makes poor or questionable decisions on the basis that they think they know best when in fact they do not.”

“This District’s residents, businesses and environment will suffer with R4U, and people have started to notice just nine months into their term.”

The Prime Minister's Levelling Up speech in Full

Read and Watch the Prime Minister's Levelling Up Announcement here in full.