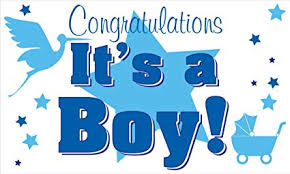 The Prime Minister and his fiancee, Carrie Symonds have this morning announced the birth of their son in a London hospital.

A spokeswoman for the PM and his partner said both mother and baby are "doing very well".

"The prime minister and Ms Symonds are thrilled to announce the birth of a healthy baby boy at a London hospital earlier this morning," she added.

"The PM and Ms Symonds would like to thank the fantastic NHS maternity team."

Mr Johnson, 55, and Ms Symonds, 32, announced in March that they were expecting a baby in "early summer", and that they had become engaged at the end of last year.

They are the first unmarried couple to move into Downing Street together.

Mr Johnson returned to work on Monday, after recovering from coronavirus.