Cross-Party Climate Change Motion has Conservatism at its Core 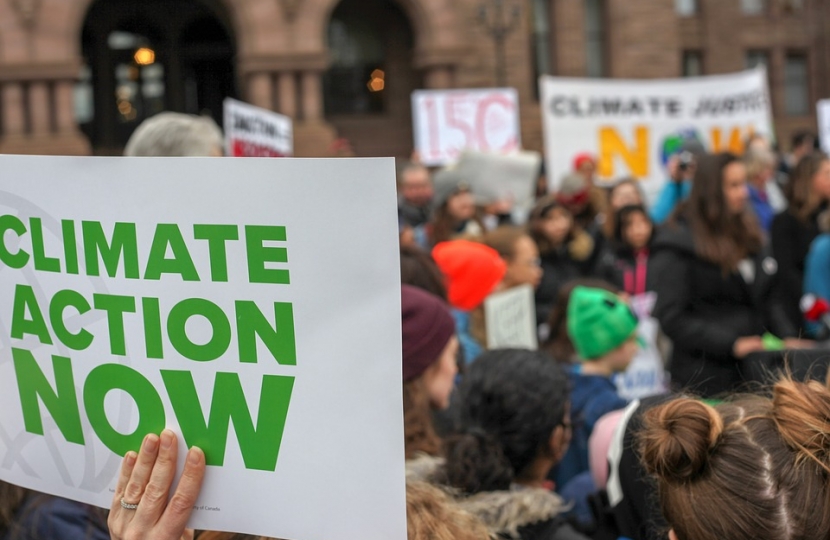 Next week at Uttlesford District’s Full Council, a cross-party motion to declare a climate and ecological emergency will see the environment put at the top of the list of priorities for the District. Cllr Chris Criscione, Deputy Leader of the Conservative Group, was proud to co-author the motion:

“This District, this country and this world faces a very real and existential threat from global warming, climate change and ecological degradation. Being a Conservative, I will not stand by and see that continue so long as I have the power to enact change and that is why I commend this cross-party motion to act now and do what we can as a District to better our environment.

“The motion calls on the Council to declare a climate and ecological emergency, and to put the mechanisms in place within the organisation to make decisions to combat that challenge. After all, the crisis we face transcends party politics and deserves the utmost attention.

“Out of this, I’m also calling on government to ban fracking and continue to grow their investments in renewable energy across the country. I’m also calling on businesses across our District to tackle their own carbon footprint through innovation and sustainability.

“I look forward to working with stakeholders from all levels of government and in the private sector to seek the changes necessary to avoid this crisis.

The decision by the Planning Inspectorate released on 14th January 2020 is clearly a disappointing outcome for Uttlesford and for the Council in bringing forward the much-needed new homes and jobs for our district.