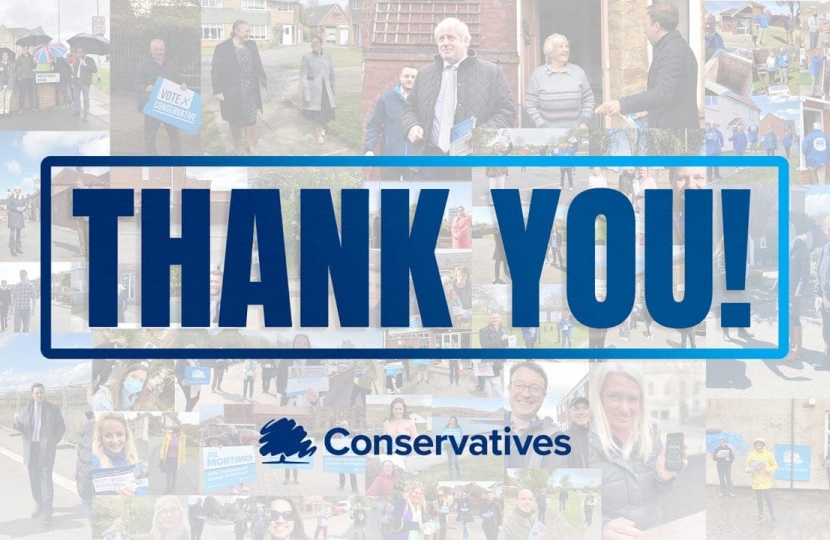 We are delighted to announce that this week’s elections saw us comfortably retain Essex County Council, Roger Hirst has been emphatically re-elected as the Police, Fire and Crime Commissioner with over 50% of the vote and Harlow and Basildon Councils are Conservative gains. Nationally, the winning of the Westminster by-election in Hartlepool was an amazing result.

In the Saffron Walden Constituency, we wish to congratulate our Conservatives who retained three out of the five County divisions, consolidating their position with increased vote counts in all three divisions. In addition, we were victorious in winning District and Parish Council seats in Uttlesford by-elections. Regrettably, we were not able to hold our County seats in Saffron Walden and Thaxted.

Susan Barker had a resounding victory in the County’s Dunmow division and Ray Gooding had a comfortable success in Stansted, with both divisions flipping voter sentiment back to the Conservatives following 2019’s local elections. Mike Steele gained an impressive 64% of the vote in the Broomfield and Writtle division and becoming a County Councillor for the first time.

In the Uttlesford by-elections George Smith gained a stunning victory in the Sampfords ward, reclaiming the seat from R4U in another sea-change from the unusual voting trends in 2019. In the Parish Council by-election in Stansted North Paul Davies emphatically won the seat from the Liberal Democrats who had a damaging election across the district.

We would like to take this opportunity to thank everyone who trusted us with their vote at these elections. Your Essex Conservatives will continue to listen and work tirelessly for our entire community.

The Prime Minister's Levelling Up speech in Full

Read and Watch the Prime Minister's Levelling Up Announcement here in full.