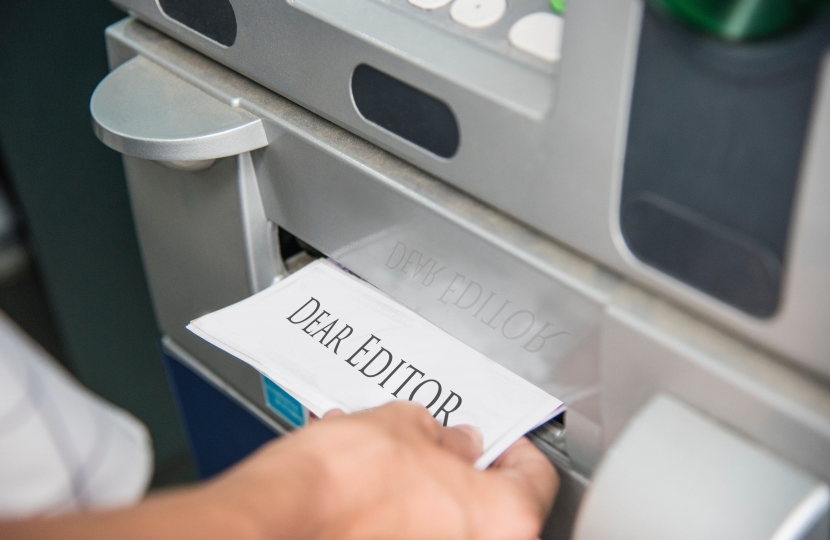 I have read the reporting on the recent ram raids with interest and some concern. There has rightly been significant coverage of these incidents and lots of comment from residents and local councillors. Some of those commenting suggest there is a problem with policing in the Saffron Walden area or that particular policy decisions have led to this recent run of ram raids. This is an oversimplification that misdiagnosis the issue and doesn’t help identify solutions.

Conducting a little research into ram raiding reveals that these are not opportunistic crimes. They are well planned by organised criminal gangs who will reconnoitre targets, routes and police presence before deciding when and where to strike. It is great that Essex Police have increased patrols to provide reassurance after these attacks, but we need to acknowledge that these professional criminals will not be deterred by one or two more bobbies on the beat. Additionally, BBC footage from an officer attempting, unsuccessfully, to intervene during a ram raid in Birmingham in March, shows what little a lone officer can do against an organised gang. There have been a spate of ram raids across the country this year, in both towns and rural areas, but rural areas seem to be a particular target, partly because they are sparsely populated and also it is easier to get away to a main road, without the risk of getting hemmed in by responding police cars.  The point I am making is that this problem is not unique to Uttlesford and is not driven by local policies or decisions.

Just as the increase in the value of mobile phones and the trend of walk around with them in hand, has made “moped mugging” a worthwhile activity for criminal gangs in London and other cities, something in the cost-benefit analysis of ram raiding has changed. The solution will likely require a combination of actions. Defensive measures, such as bollards may help, a successful investigation and a few convictions will make ram raiding less attractive and I am sure ATM manufacturers and police experts are considering whether trackers, dye packets or some other technological measures might help. Sophisticated crime requires a sophisticated response.

I like our police, they do a great job, but I know that the solution to this particular problem is more complex than more bobbies on the beat and to pretend otherwise helps no one.