The following letters have been published recently in local media: 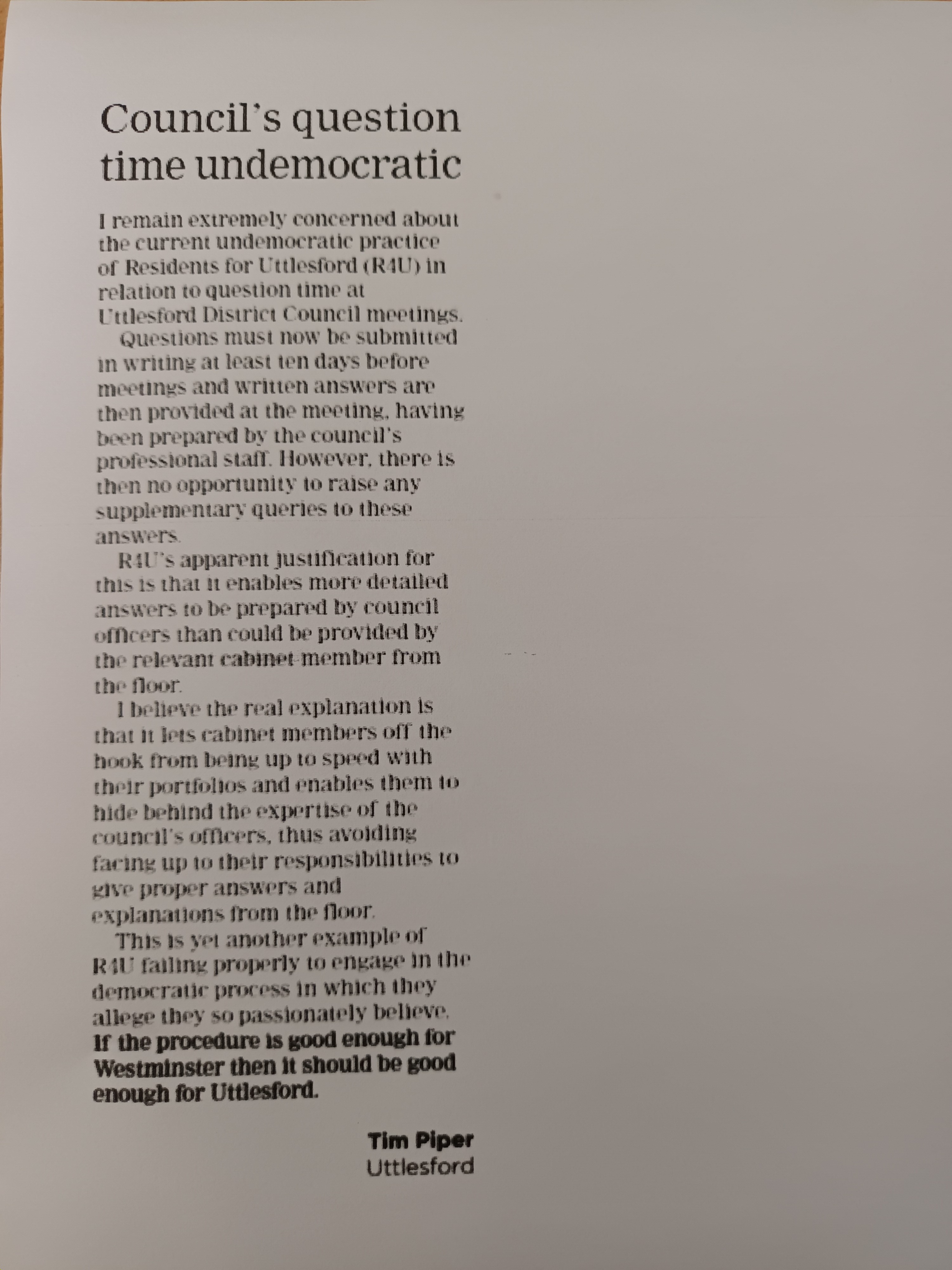 There has been much media comment about the Designation Notice served on Uttlesford District Council by the Department for Levelling Up, Housing and Communities (DLUHC). The Notice has been served for not adequately performing their (UDC’s) function of determining applications for planning permission for major developments (schemes of 10 or more homes).

The Government introduced a planning performance regime in 2013 to ensure that all authorities are delivering the best possible services. The Minister for Housing (nothing to do with our MP, Kemi Badenoch)) has recently considered the performance of local planning authorities in relation to the quality of decision-making. Authorities are assessed on the speed of their decisions for applications and the quality of their decisions – quality is measured by the proportion of decisions that are overturned at appeal.The designation of major applications was issued based on the period of 2018-2020 for the quality of UDC’s decisions. UDC exceeded the 10% threshold for applications overturned at appeal at 16.5%, UDC were warned by the Dept. to improve the performance or else their planning powers would be curtailed, after 2019 the performance got worse and UDC have further exceeded the threshold at 17.57%. These statistics can be found here: (Public Pack) Agenda Document for Planning Committee, 16/02/2022 10:00 (moderngov.co.uk)

What happens when a council is designated? It means those submitting the type of application that the authority has been designated for may submit their planning application directly to the Planning Inspectorate (PINS) in which case the community will still have the opportunity to comment and local hearings will be held.UDC is the 4th local authority to be designated since 2013 but the first since 2014, the other three  - Bromsgrove, Blaby and Trafford have since been de-designated.

The suggestion by local campaigners such as R4U, the Independents and other so-called “planning experts” that this is a political decision simply illustrates a misunderstanding of the process, it is at best based on a confused understanding of how the planning system works and the role of neutral civil servants in the review of local council performance in accordance with the law. At worst it shows ignorance of Councillors’ own role as the council administration in delivering planning decisions that are fit for purpose.

This point was highlighted, not by a Conservative, but by the Liberal Democrat Leader of South Cambridgeshire and the BBC interviewer in last week’s feature with Petrina Lees, current Leader at UDC, that in her position she should be aware of the law and that the episode displays incompetence and chaos.

In yesterday's Uttlesford District Council by-election for Dunmow South and Barnston, the Conservative candidate, Tom Loveday, saw a massive swing to the Conservatives, winning by a convincing margin on a low turnout: