We are delighted to learn that our MP, Kemi Badenoch, has been promoted to Minister of State yesterday, as part of the Prime Minister's reshuffle.

Kemi will be the Minister for Levelling Up at the Ministry of Housing, Communities and Local Government, working with Housing Secretary Michael Gove on the Government’s flagship policy and jointly with the Foreign, Commonwealth and Development Office (Minister for Equalities) with Foreign Secretary Liz Truss. 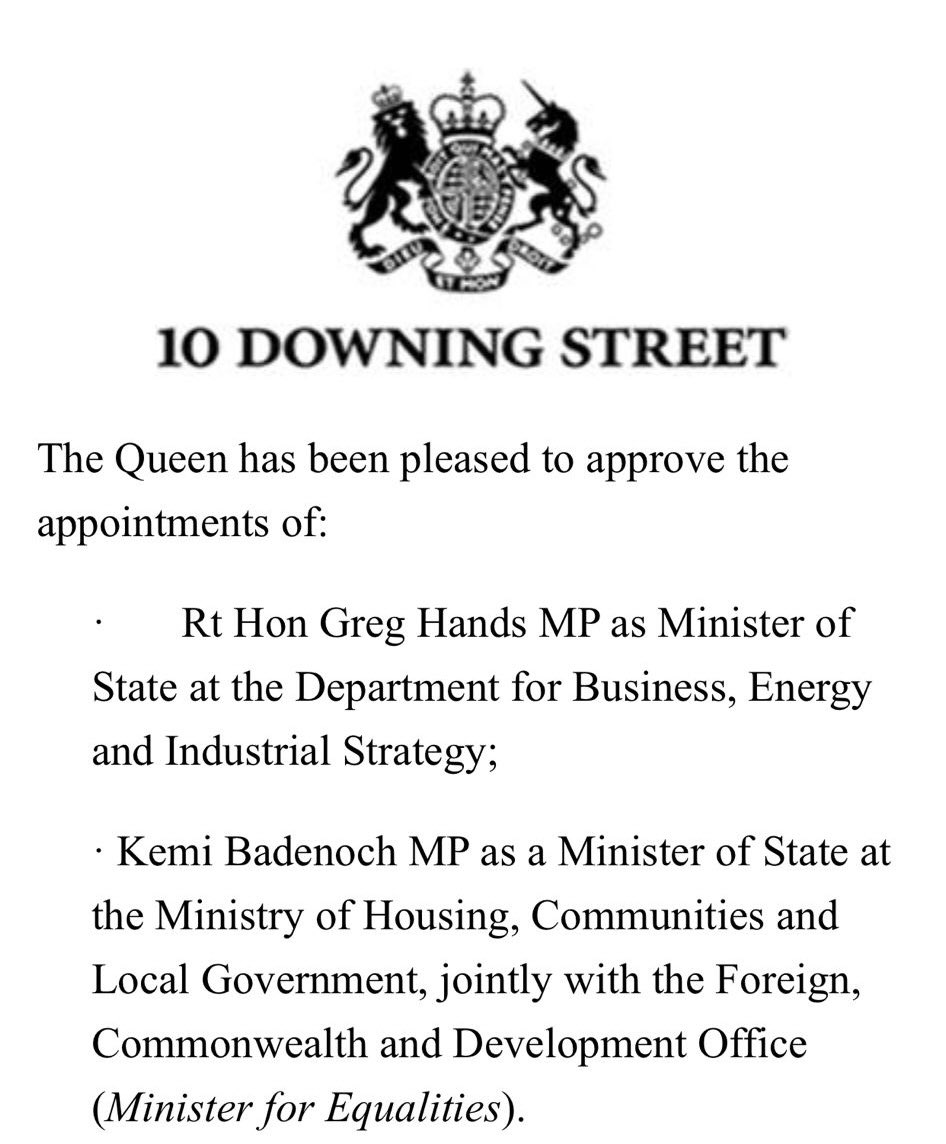