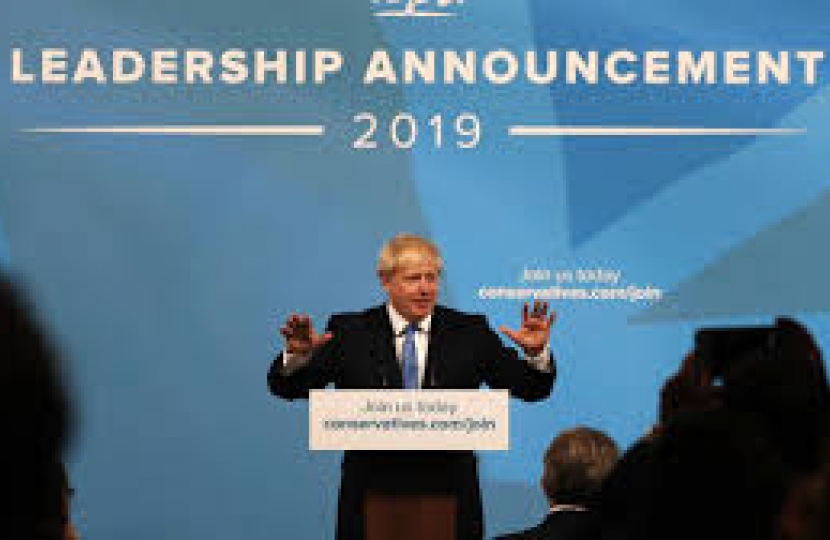 Today, Boris Johnson has been elected as the Leader of the Conservative Party. He brings the energy, vision, and leadership to break the Brexit deadlock; bring the change that people want; and get the UK back on the road to a brighter future.

The only way to bring the change people voted for in the referendum – strengthening our NHS with increased frontline spending, raising funding for schools, tackling crime with 20,000 more police, and giving young people the best chance to get on the housing ladder – is to get Brexit out of the way by 31st October.  And the only way to get a good Brexit deal for Britain is to be prepared to leave without one.

Only Boris and the Conservatives can get the best deal for Britain that keeps our economy strong, moves the country beyond Brexit, brings the change that people voted for, and gets our country back on the path to a brighter future.

Boris and the Conservatives' plan to bring the change people voted for:

We will realise the benefits of Brexit and get our country back on the road to a brighter future by:

2.      Making sure Britain is prepared for a no deal, as the best way to get a great new deal.

3.      Making sure people start seeing the £20 billion in new NHS funding in their GP surgeries and local hospitals.

5.      Properly funding our schools so that every child gets more guaranteed minimum funding, regardless of where they live.

6.      Delivering a strong economy to fund the public services we all rely on.

This is why Pride Month matters

Conservatives will always fight for a free, fair and tolerant Britain.