Ray Gooding has lived in Birchanger for eighteen years and in this area for more than forty. Ray, who is by profession a Mechanical Engineer and was, for almost thirty years the senior partner of a firm of Consulting Engineers working on the design and project management of a wide range of construction projects.

Ray has been the County Council Member for Stansted since 2005 and apart from the work he has carried for the local communities within his division he has held a number of jobs within the council. From 2012 until 2013 he was the Cabinet Member for Children’s Services where he was successful in starting the process of reducing the number of Children in Essex’s care.

Since 2013 Ray has been the Cabinet Member for Education and Lifelong Learning and under his watch the standard of education in the county has risen hugely. In 2013, only 67% of Essex schools were rated good or outstanding but today that stands at 91.6%. Most importantly 91% of secondary schools enjoy that status and that has to be com-pared with a figure of 79% nationally.

In Uttlesford that percentage rises to 100% of secondary schools who are good or outstanding.School places are always of great importance and over the last few years Ray has overseen the construction of new and expansion of existing schools across the county. Pressure on school places is particularly relevant in Colchester and Uttlesford and a significant new school places have been provided and are planned within these areas.

Notwithstanding that, Ray is particularly passionate to ensure that children with special educational needs are given the best start in life. To that end he has been successful in securing investment in excess of £85 million to ensure that a number of special schools are built that will not only ensure that children do not have to travel long distances to get the school that is right for their needs but, with the addition of residential places within Essex, families can get the respite they often need.

"Essex has a growing population and the call for school places has never been more relevant. We are now providing a ten-year plan to deal with the needs and the requirements of the emerging local plans.This has led to significant capital expenditure with more than 4000 new primary places being provided over the last year and more than £300 million planned expenditure over the coming years with many new and expanded primary places together with new secondary schools coming on line in the next few years."

Mainstream Primary and Secondary Schools
Standards in Essex schools have risen and whereas 67% of schools were good or outstanding in 2013 that figure now stands at 91.6%. Indeed, 91% of secondary schools are good or outstanding against a national average of 79%. Performance of children at all of the key stages is above the national average and the new measure of attainment (Progress 8) shows Essex to be better than its statistical neighbours.

School Improvement
School improvement is the core of what this Conservative Council has employed to obtain the improvement within schools that has been detailed above. This has included being the most active authority in the country to intervene where schools are failing (in one year intervening with 58 schools in Essex against a total of 72 nationally). However, changes in government funding for this have meant that we now need to find new ways of achieving this and we are now at the forefront of methods that enable schools to support themselves.

Special Schools
The needs of our most physically and emotionally challenged young people are of paramount importance and this is strongly recognised. Accordingly we are in the process of implementing a capital investment of some £85 Million to enhance the facilities that are available and the result of this will be that Essex will be the best served County nationally in this regard.

Despite reductions in budget, Youth Services in Essex are performing better than ever with a huge increase in youth sessions, more young people gaining qualifications and last year young people providing more that 86,000 hours of community volunteering. 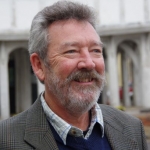 I have lived in a North East Essex village for nearly 25 years with my wife Patricia and our four daughters. We can trace our Essex roots back to the 1700s, Patricia to a family of Church Rectors from Radwinter and mine to farm labourers based near Witham. Clearly my interest in the Countryside must be genetic! After studying marine biology, I started work managing a large Nature
Reserve in Devon, later moving to Hertfordshire to join the County Council there as a Countryside Manager. 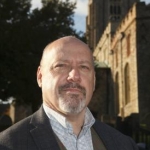 John retired to Uttlesford four years ago after 30 years with the Metropolitan Police. He ended his career as a police inspector, teaching leadership at Hendon College. Before that he was in the army. He now works part-time for Peasgood & Skeates in Saffron Walden. 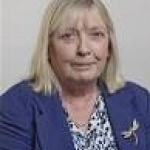 Uttlesford has been my home since 1989. I live here, I work here and I am incredibly proud to represent the Great Dunmow  Division on Essex County Council. 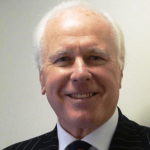 Cllr John Aldridge was born on 15 January 1945 and educated at Wimbledon College 1956/59 and King Edward VIth Grammar School Chelmsford 1959/64. He has lived in Essex since 1959 and has had a home in Writtle (Essex) since 1971. He is married to Christine and has one son.